I was working with one of my private coaching clients, Steve (not his real name).  And Steve has run into a dilemma that a lot of guys face when they finally get good at attracting women.  They have trouble keeping the ones they really want.

“She was hot, smart, and totally into me… We were talking almost every day.” he explained to me.

Then then she went cold.

“All the sudden I could tell things had changed. I could just feel it in my gut. It was over”

And sure enough, a week later she started making excuses why she couldn’t hang out…

And finally, she was gone.

So what did Steve do wrong?

It was three main things… 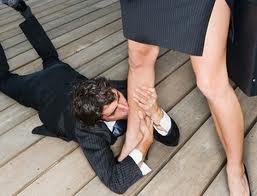 Yes. An obvious one. But here’s the thing with neediness.  Most guys assume because they feel a certain way towards a girl… that she feels the same way.  And they think “Ah…I can finally drop the game.”

As I scanned over Steve’s text chats I noticed he continually sent her things like “what you doing today?” And always seemed to want to be in contact with her…

And he NEVER ended the exchanges first. NEVER.

He also expressed major disappointment the few times she turned down one of his invites to go out. When a girl is still making up her mind about you… you’ve got to avoid putting any pressure to make a quick decision.  This is because almost always she’ll choose the one you don’t like.

The best way to do this is NEVER make up YOUR mind about a girl too soon. Be the one holding out to make sure that she’s the one you really want.

While Steve’s game dramatically improved over the past year, he still had a self image of a guy who got picked on in high school. And was never quite comfortable around “the cool crowd.”

What a lot of dating gurus fail to tell you is that once you start scoring hotter chicks… you’re going to have to start socializing with a different crowd. And you’ve got to be comfortable in those situations.

And his insecurity was obvious. Steve had what i refer to as the “Us vs Them” mentality towards hot chicks and alpha guys. He still sort of resented that he wasn’t part of the club. And tried to make himself feel better by criticizing them… and pointing out their deficiency. Which Only served to make HIM come across as petty and insecure to the woman.

Younger guys can get away with lack of ambition. But once you’re over twenty five a woman immediately recognizes where you fit on the totem pole.

On the other hand, Steve worked a job he hated… and bitched about it constantly.  Ambition turns women on. Period. A “Poor me” attitude just as quickly turns them off.

Make yourself an opportunity she can’t pass up…

You can fake a girl out in a bar.  You can fake her out for a few dates… But if you’re not the total package internally… you can bet your last penny that she’s going to realize it sooner rather than later…

Watch this FREE Video now and learn powerful ways to…

Lose Weight and Get Buff By Copying the Cavemen

Ugh Herpes. There Is A Natural Way To Get Rid Of It Dude!

Do You Have an Alcohol Abuse Problem?