In the article below, we wanted to discuss one of the most critical elements to seducing that one girl you really want- your emotions.

Unfortunately, most guys emotions DO NOT act in their best interest when it comes to getting a girl (especially when you really like her.)

You’re emotions cause all kinds of mischief like making you act insecure, needy, clingy, and predictable… All things that MURDER attraction (and are, quite frankly, rather boring).

The reality is that when these “emotions” take over… its like it disengages your logical brain. And you start doing all the things you know you SHOULD NOT be doing…

– feeling a compulsion to call or text her

– blurting out your feelings too soon

– making yourself too available

– showing noticeable jealousy when she mentions other guys

– showing too much disappointment when she can’t hang out 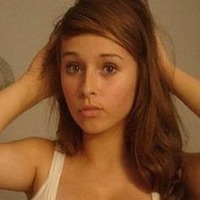 Here’s a very simple example of a “test”… If you’re listening to a certain type of music that you like she might say “Do you like that?” in a tone that expresses that she definitely doesn’t.

If so, you’re TRYING HARDER. And the pendulum of power is tipped in her favor.

– And she doesn’t want that. She would much rather you look at her and say “yea, this song kicks ass.”

No girl wants a guy who won’t defend himself. Even against her.

Here’s the good news: You can correct this imbalance, and rather easily when you know exactly what to do.

You see, in this awesome video we’re going to unveil to you 4 somewhat odd, but extremely effective strategies you can begin using todaythat will ultimately put YOU in the POSITION of POWER (and eliminate your needy behavior).

What To Say When A Girl Compliments You

Great Paleo Recipes That Will Make You Healthy

What Are The Top 5 Online Casinos In The UK?