How To Grip Her Attention (And Never Let it Go)

Co-creator of:  Unlock Her Legs:  How to Finally Nail that Hard to Get Girl

If you ever had a girl seem completely into you… and then go cold… you got played.

The game girls play is ‘how much attention can I get this guy to give me.’

They love the fact they can get some guy to stand around ‘entertaining’ them for 2 hours… and just when he thinks he’s gonna ‘get some’… they bolt… and never never return his phone calls.

But it is reality.  And you’ve got to be aware that it exists.

And if you want to actually meet girls that are going to answer your calls, meet you for drinks, and go back to your place for.. additional fun :)…  then you’ve got to quickly differentiate yourself from the dozens of other ”fans” of hers.

I call these guys “fans” because they act like she’s the celebrity and they’ve got to do everything they can to make sure she doesn’t get bored and leave….

But, let me ask you something… do celebrities ever really want to hang out with their fans?  Sure, the admiration is probably fun for a bit… but then they want to get back to their ‘real’ friends who treat them like human beings… and don’t worship their every move…

Women are the same way… once they sense your ‘admiration’ a switch goes off- and they’re interest MASSIVELY dwindles. 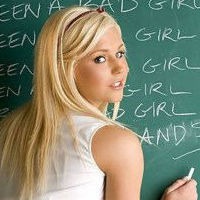 How to Flip the “Switch” On a Girl

So how do you not only keep their interest… but reverse their ‘game’ on them?  And grip her attention to the point she can’t stop thinking about you?

There are two main things you need to do:

1.  Concentrate on showing YOURSELF the best possible time… Stop worrying about ’entertaining her’ and do whatever it takes for you to completely enjoy cracking yourself up…

Doing this, quickly wakes a girl up to the fact that you’re not her ‘fan’ and aren’t dead set on entertaining her and keeping her around..

2.  Get her to invest into the game. You see, the reason it’s so easy for most women to ditch a guy is because she put absolutely no work into seducing him…

However, when you get her opening up and telling you things about herself- and you’re making judgements about her…  her ego is much more on the line… 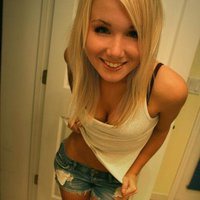 Hot girls know guys will never turn them down because of her ‘looks’ but they are all a bit insecure that when a guy gets to know them she won’t be able to keep his interest..

Deep down inside, women have the same old insecurities and fears as guys do…  and part of the reason they love the “attention game”is because it relieves some of their anxiety that they’re not as great as they think…  As long as they have fans out there… they Must be desirable…

Watch this video and learn powerful ways to…

50 Gentlemanly Tips To Remember On A Date

The 8 Most Important Things you Need to Know About Cheating, Besides Whether Your Spouse is Doing it

The Art Of Seduction